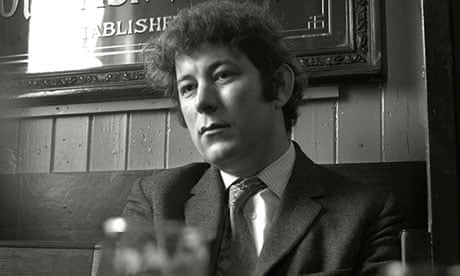 Here are some of Seamus Heaney’s memories of reading, writing, and poetry, from earliest schooldays to university, all taken from Dennis O’Driscoll’s wonderful book-length interview with him,  Stepping Stones.

Yes, my memory of learning to read goes back to my first days in Anahorish School, the charts for the letters, the big-lettered reading books. But I don’t think I showed any particular promise or volubility as a child—certainly nobody ever recorded my first words…. (19)

But I do remember a moment, early on at St. Columb’s, when the topic was “A Day at the Seaside” and I made a connection between the performative student in me and a more inward creature, the writer-in-waiting, if you like. In the middle of the list of usual, expected activities such as diving and swimming, neither of which I could do, I wrote about going into an amusement arcade to escape from a shower and being depressed by the wet footprints on the floor and the cold, wet atmosphere created by people in their rained-on summer clothes. This had actually happened to me, so the image and the recording of it had a different feel. (35-6)

Has the reading you undertook at that stage [at Queen’s University Belfast] remained a bedrock resource for you ever since? Definitely. In the first part of me there’s still that student coming for the first time on John Webster, Christopher Marlowe, Malory’s Morte d’Arthur, Gawain and the Green Knight, The Prelude. Things that entered the system then have stayed with me: a feel for Anglo-Saxon poetry, for Hardy, for Lawrence. What did I get as a student that I couldn’t have got on my own? A sense of the whole historical picture, I suppose, the layering of the language from Anglo-Saxon to Hiberno-English, the Eliotesque sense of “tradition.” (49)

[on Louis MacNeice’s Collected Poems keeping him “at a reader’s distance”] Put it this way: some poets and poetry you admire in the way you admire produce in a market. Natural, beautiful stuff, delightfully there in front of you, thickening your sense of being alive. But you’re still looking at it. You’re savoring it but you can move on to the next display. Then there are other poets and poetry and turn out to be more like plans and growth inside you. It’s not so much a case of inspecting the produce as of feeling a life coming into you and through you. You’re Jack and at the same time you’re the beanstalk. You’re the ground and the growth all at once. There’s no critical distance, as  yet. Kavanaugh and Hughes had the latter effect on me, but not MacNeice. (50)

[on W. H. Auden describing Wordsworth as “a person who early in life had an intense experience or series of experiences about inanimate nature, which he spent the rest of his poetical life trying to describe”] The early-in-life experience has been central to me all right. But I’d say you aren’t so much trying to describe it as trying to locate it. The amount of sensory material stored up or stored down in the brain’s and the body’s systems is inestimable. It’s like a culture at the bottom of a jar, although it doesn’t grow, I think, or help anything else to grow unless you find a way to reach it and touch it. But once you do, it’s like putting your hand into a nest and find something beginning to hatch out in your hand. (58)