Scroll through this selection of preliminary studies & photos of the canvas as it was worked on & completed. Pretty astonishing, & all done in about five weeks. 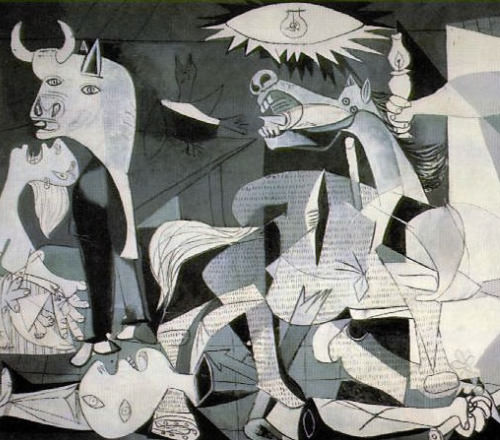 from Simon Schama’s Power of Art In the winter of 1941, Pablo Picasso was living and working at the top of an old house in the rue des Grands Augustins in Paris. The Seine was a stone’s throw away. Hard northern light swept in over the rooftops. Pigeons perched on the sills. But Picasso’s Left […]