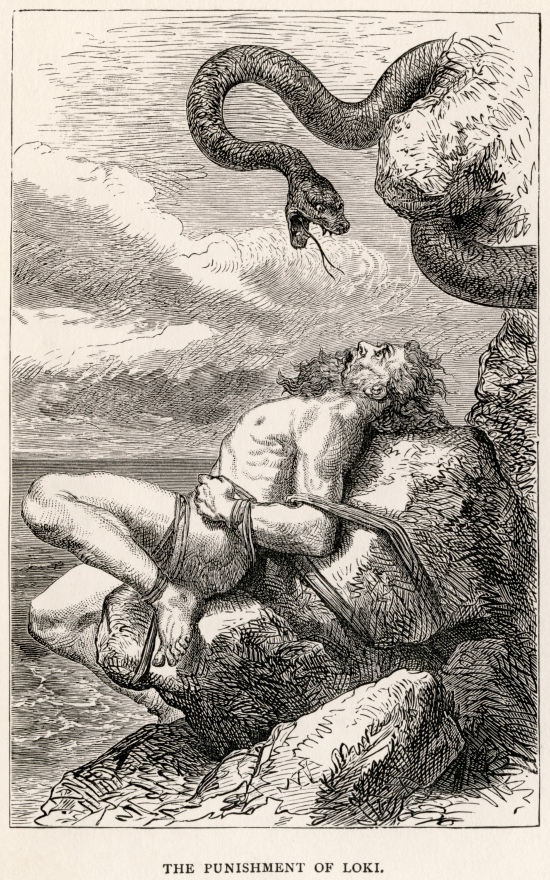 Read the other Great Myths here Then spoke Gangleri: “It was quite an achievement of Loki’s when he brought it about first of all that Baldr was killed, and also that he was not redeemed from Hel. But was he punished at all for this?” High said: “He was requited for this in such a […] 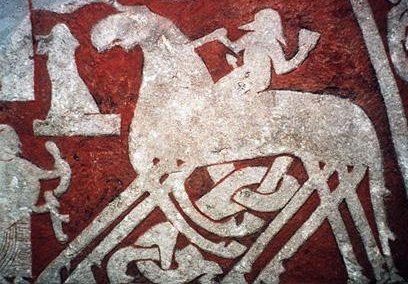 Read the other Great Myths here Then spoke Gangleri: “Whose is the horse Sleipnir? And what is there to tell about it?”       High said: “You do not know details of Sleipnir and are not acquainted with the circumstances of its origin!—but you will find this worth listening to. It was right at the beginning […] 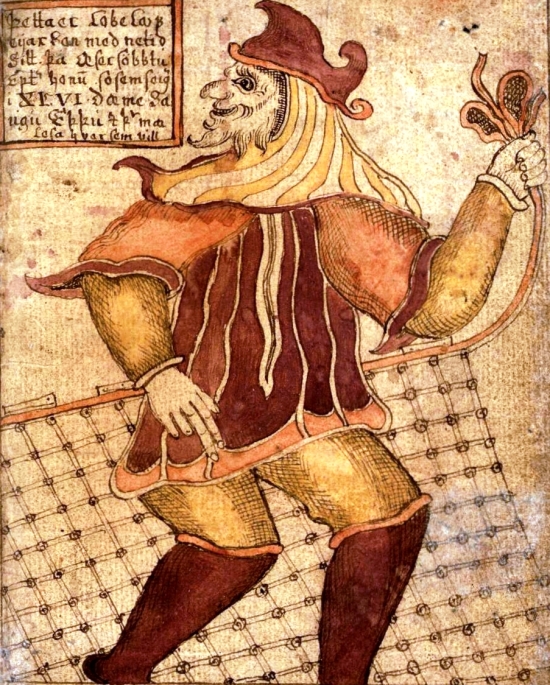 Read the other Great Myths here High continued: “And Loki had other offspring too. There was a giantess called Angrboda in Giantland. With her Loki had three children. One was Fenriswolf, the second Iormungand (i.e. the Midgard serpent), the third is Hel. And when the gods realized that these three siblings were being brought up […]