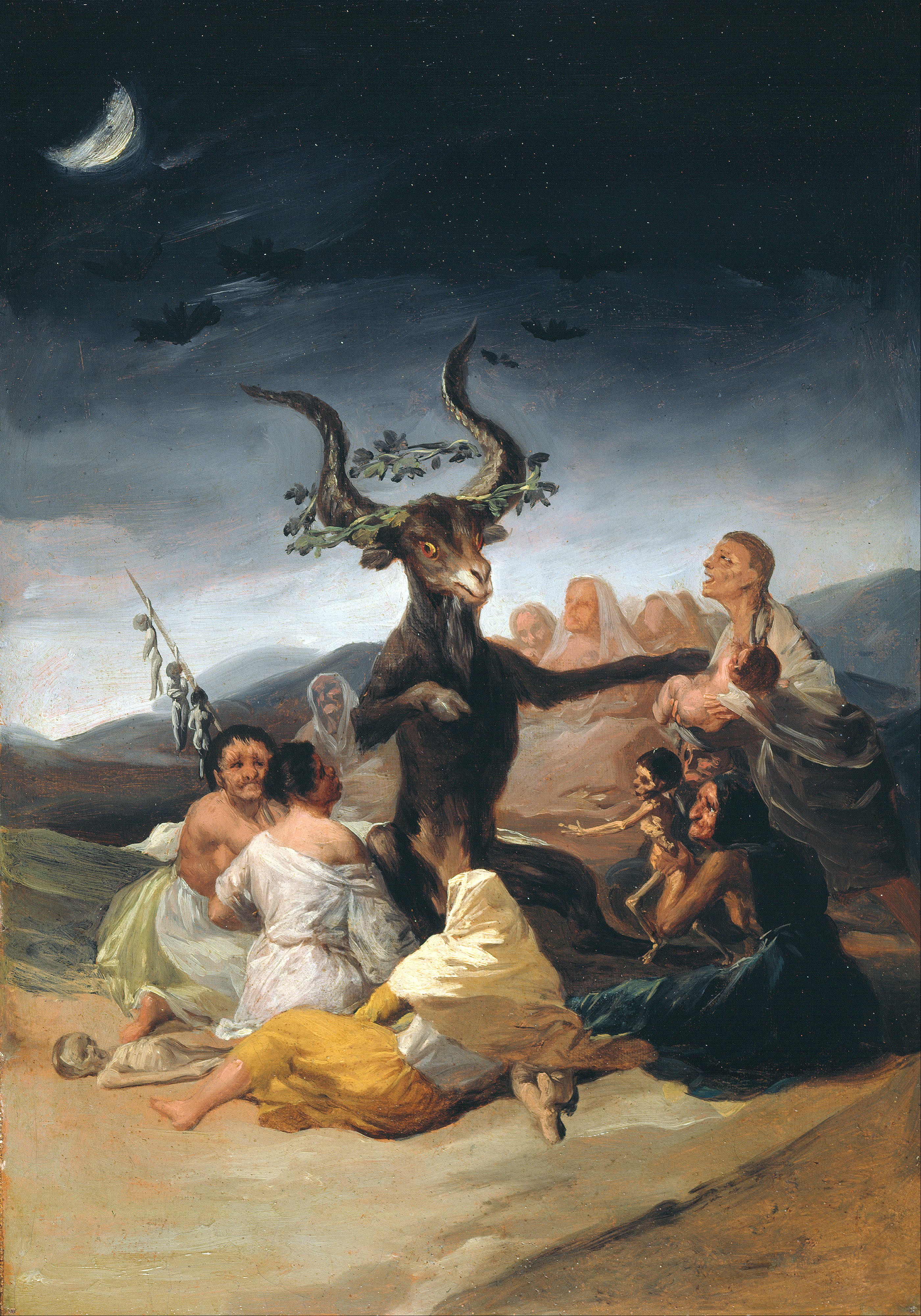 ….What remains to be told is often regarded as the one unfortunate blot on the Pilgrim Fathers’ just fame—the witch trials at Salem. There again the facts are partly misconceived. The witches were not burnt but hanged; some were self-confessed; and most important, the belief in witchcraft did not prevail among Puritans alone, much less the New England contingent alone. It gripped the whole West, Catholic and Protestant. Nor was it sheer old-style medieval ignorance; it was tied closely to the new concerns of the scientists. Witchcraft is mentioned in the Bible, but it was not until the end of the 13C—an age of enlightenment—that it took hold of the best minds by its connection with the several magics or “-mandes”: geo-, hydro-, aero, pyro-, necro and chiro-; that is, divination by means of earth, water, air, fire, the dead, and the hand. These powers may be used for good or evil, depending on the reason for invoking the “mystery.” The choice is like the modern physician’s prescribing of a narcotic. When the magic is for “carnal lust,” it is witchcraft; exercised for doing evil to others, it is “fascination,” but even when it performs cures, it abets the Devil and is the “mystery of iniquity.” How this system of ideas was compatible with the rise of science is shown in the career of Joseph Glanvill. 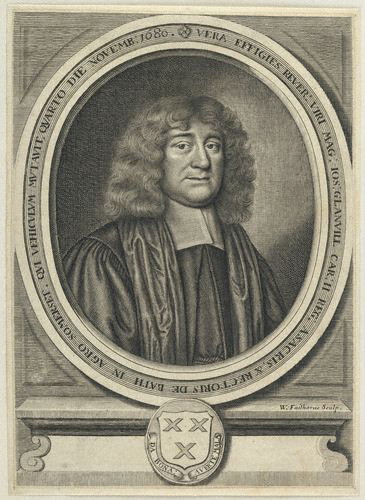 We saw how his contemporary, the physician and naturalist Sir Thomas Browne, accepted as fact the existence of witches: they fitted the hierarchical scheme of created beings. Knowledge and reasoning supported the belief. Glanvill was an early member of the Royal Society and took part in its  work with papers on natural history and the mining of lead. But his great contribution was to defend science and the Society against its attackers. He argued the utility, the harmlessness, the modernity of science. One gains knowledge, he said, by first admitting ignorance; causes may remain unknown, but mathematics gives certainty. Glanvill was in effect a philosopher of science and one of its first historians.

In matters of faith he was a broad-church Anglican who favored the use of reason in religion. Ordained at 23, he wrote at 24 a long essay on “The Vanity of Dogmatizing,” which depicts nature as an object of contemplation that heightens admiration of the Divine Architect. Glanvill’s worldly heroes were “Galilaeo [sic], Gassendi, Harvey, and [Des] Cartes.” When the attacks on the Royal Society did not stop but rather increased after its favorable history was published by Bishop Sprat, Glanvill was urged to further defense. He wrote Plus Ultra, in which, while explaining “deep research,” he boasted that more knowledge had been garnered in the recent past than in all the years “since Aristotle opened his shop in Greece.”

Such was the man who by reasoning arrived at the conviction that he must combat skepticism about witches. His early books on the subject bear on the tide page his designation as Fellow of the Royal Society. Since all phenomena must be studied, he proposed that the Society investigate the facts of the spirit world.

Facts depend on witnesses, and the testimony about “Satanic work” were abundant. When we recall that Newton worked at alchemy and the prospect of the world’s end and that others, like John Wilkins, the prolific writer on mechanics, thought that the mission of the Royal Society was to promote the teachings of the Rosicrucians, one can judge how difficult it was then to achieve a totally naturalistic view of science.

That view, indeed, was not only not wanted but must be resisted; for its triumph would mean that only matter existed, that atheism was the truth, that Hobbism (as they called Hobbes’s mechanical psychology) was correct. In short, the believers in spirits foresaw the state of mind that now dominates and that disquiets not merely the devout but many freethinking Humanists and some scientists. In the 17C conception of spirit (or mind) versus matter, it was logical that witches should figure among real beings.

The New Englanders who tried and hanged some of them—35 in all—could hardly doubt that they had reason and evidence on their side. Some of the adolescent girls actually said they were witches—proud of the fact or glad of being the center of attention. Once started, the notion took on the character of crowd hysteria and had to run its course like a disease. Later in life the persecuters saw their error and felt repentance—too late, like John Winthrop regretting his different but no less high-minded political persecution.

The Puritan legacy as a whole is mixed: toleration of the individual conscience, linked to the democratic right of participation in government and the demand for social justice. These co-exist with the hounding of dissenters and the extermination of witches. Mixed again is the welcome to the full enjoyment of life, art, and pleasures of the body, coupled with a strain of asceticism, born of a high sense of duty. Of these components, the narrow moralism and the social repression of dissent were to affect the future United States for a long time and more deeply than their opposites.