I pass a sign outside of a business every now and then, and staring out at me beneath a bad logo is a caricature of Albert Einstein, complete with moustache and wild hair. And I wonder if anyone who knew him—either as a lowly patent clerk or as the head of the Institute for Advanced Studies—could have imagined that someday his face alone would suggest the most banal kind of problem-solving?

In the same way, while writing about his introduction to rock n roll, Bruce Springsteen has called Elvis “a jukebox Dionysus.” For Springsteen, rock music promised the “life-blessing, wall-destroying, heart-changing, mind-opening bliss of a freer, more liberated existence.” Yet it’s hard to imagine rock music meaning anything like this nowadays, especially when you can buy Nirvana onesies for newborns. It’s also hard for me to believe that any of the bands I listened to back in the nineties were creating their music so that twenty years later their songs—once so new and dour—could be heard in elevators and bathrooms. 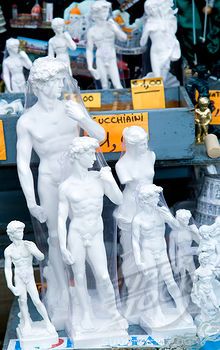 The way we all become the vampires of the things we love and respect, eventually draining the life and meaning out of them until they’re either background noise or just nostalgia, is pretty staggering. But it’s also inevitable. Like the head of Einstein, or the kitschy reproductions of Michelangelo’s David, listening to pop music has become just a replacement for thinking, just something to do in between doing other things.

The way we live now has also removed every barrier that once existed between us and the experience of culture, barriers which gave things like magazines and movies and music their own space. Even ten years ago a book couldn’t be read at four in the morning in the dark while sitting on the toilet, but we can now read or watch or listen to anything, pretty much anywhere and anytime, and all of it is constantly interrupted by something else. The total experience of any one individual thing—a book, a movie, a painting, a piece of music—means less than the corrosive impulse to move on to the next one, endlessly.

This is a stunning prophecy, but of course it isn’t everything. As much as people want to deny that culture or religion or ideologies change and grow, the fact that meaning deteriorates is the reason that all of them do change, and must. Anything that’s meaningful eventually becomes so depended upon that it’s exhausted and emptied. But some new version of it is always only a moment away. Any idea that is really worthwhile can never really die; it can become exhausted or cheapened, but it will always be reinvigorated somehow. After seeing Einstein on a silly sign, he can yet be revived by reading about his life. And any tired meme of Michelangelo’s David can easily be surmounted by finding a photo of the real thing, and staring into his inscrutable eyes.

And despite the existence of Kurt Cobain action figures, his music and words can still tear your heart out. Happiness too—and the revival of meaning—are also inevitable, and nearly all of these revivals are private, take place offline, and are meant for no one else’s ears.