For those who are out stampeding each other for flat-screen TVs, and for those forced to work so others can get their amazing deals, here’s my usual Black Friday post:

When asked if the news of the day surprised him anymore, the poet Joseph Brodsky—who grew up in Soviet Russia and came to America in his early thirties—said in part,

It certainly doesn’t surprise me. I think the world is capable of only one thing basically—proliferating its evils. That’s what time seems to be for…. The only thing that surprises me is the frequency, under the present circumstances, of instances of human decency, of sophistication, if you will. Because basically the situation—on the whole—is extremely uncongenial for being decent or right.[i]

Or, as it was said more than a millennia earlier: “It has gotten to the point where there is nowhere that the ugliness of opportunism does not exist.”[ii]

And even earlier: “I have also noted that all labor and skillful enterprise come from men’s envy of each other—another futility and pursuit of wind!”[iii]

Every now and then it is worth reminding ourselves of this: how the worst of politics and bureaucracy and technology and culture have combined to make decency to ourselves or others barely possible, and that, by and large, this has always been so. And it is worth noting that, as a result, most people are sad and miserable.

This may sound melodramatic, but this is only because such a realization is so huge and so unlikely to change, and its tentacles so ubiquitous. But for all that, it is no less true, or tragic. As it has been said about another event, where the number of victims is so large it can destroy our ability to empathize: “a single Anne Frank excites more emotion than the myriads who suffered as she did but whose image has remained in the shadows. Perhaps it is necessary that it can be so. If we had to and were able to suffer the sufferings of everyone, we could not live.”[iv]

Yet we must find some way to live with the knowledge of all of this suffering.

And even more: the jobs we have in corporate or cultural fields, in technology and education and retail, only feed into the supposed importance and need for what these industries are selling, even though they do not satisfy. The money we earn is given away to pay for movies and music and TV and the internet, whose purveyors do not aspire to improve our lives, but simply to keep us watching, listening, clicking, and buying; or we pay for “food” from companies who do not want us to be healthy, just to continue to eat and eat. And to pay for these things, even more of our money goes to credit card companies and banks that are more profitable the more irresponsible and in debt we are. And to help all of this along are advertisers, who again have no desire to improve our lives, but actually to make them worse, to create new needs and desires where previously there were none.

Very little of what they create are meant to be total experiences: instead, they must be talked about and criticized whether ironically or cleverly. Very little of what they create are made to engage our entire attention, and as a result there is no present moment here, only a perpetually distracted and discursive and categorizing one. In religion, this is called theology; in everyday life, it’s just the mass of sludge that is popular opinion.

The other side of this, of course, is that corporations are so good at enabling our addictions to what we do not need only because we aren’t very good at resisting them; and that politics and bureaucracy and technology and culture have made decency to ourselves and others so hard only because we have allowed this to happen.

The following two statements were written about thirteen hundred years apart, yet could easily have been written today:

This present generation is wretchedly corrupt. It is full of pride and hypocrisy. It works as hard as the Fathers of old, but it has none of their graces. And yet there has been no era so much in need of spiritual gifts as today.[v]

I cannot help but regret that I did not live 50 or 100 years sooner. Life is too full in these times to be comprehensible. We know too many cities to be able to grow into any of them … too many friends to have any real friendships, too many books to know any of them well, and the quality of our impressions gives way to the quantity, so that life begins to seem like a movie, with hundreds of kaleidoscopic scenes flashing on and off our field of perception, gone before we have time to consider them.[vi]

That every generation has felt this way does not change or dilute the truth of such feelings, or change the essential character of how life is lived now, and in some ways always has been, or make it any less regrettable: the fact that we are own masters, but even more our own slaves. 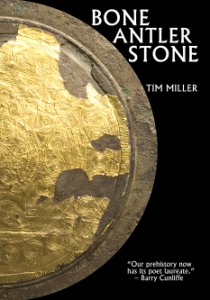