Even though I’ve never read a word of his poetry, John Berryman has been haunting me lately. Two friends who are also poets that I admire deeply have both praised his work, and recently I’ve come across remarks from a handful of Berryman’s peers, reflecting on his life and his suicide in 1972. Here are two quotes, the first from Berryman’s friend, the poet Richard Wilbur, on what the “poetry industry” does to poets. His remarks on the pressures a culture puts on creative people to remain active and on the public radar, hits deeply upon my own obsessions with similar issues, even as one of those friends who loves Berryman’s work called Wilbur’s remarks bullshit. This is just another sign of how irrational and merely preferential most discussions on art and creativity really are. Following Wilbur is Berryman himself, talking about how many artists, himself included, need an ordeal to work through – and how it seems he certainly got his.

Richard Wilbur: I have written almost no poetry for about a year now, though I have translated a play of Moliere’s – The Learned Ladies. That is part of my excuse. The rest of my excuse is that I really did say to myself recently that I must escape altogether from the impulse to overachieve, which can possess you once you get into the business of producing books of poetry. I called up Stanley Kunitz the day John Berryman killed himself. We consoled one another and talked about whether his act had been predictable. One thing we agreed upon was this, that whereas Stanley and I do many things apart from poetry – we both love gardening, for example – John Berryman was such a very hard worker that he lived almost entirely within his profession. Some of the dream songs seem to drag in a good deal of the world, but they do it mainly through books and Time magazine and the daily newspaper. The impression one is left with is of a man who is working desperately hard at his job. Well, I admire that, but I think it can break your health and destroy your joy in life and art. I haven’t got any clever hypotheses about why John killed himself, but a statement of Stanley’s during that telephone conversation has stuck in my mind. He said: “In this country it is not enough just to publish a book of good poems and forever after be thanked for it. It should be possible, but it’s not.” As soon as you publish a book of poems, people begin to say, when is your next book coming out? And if you don’t publish books at intervals of three says, they say, why are you so slow? I have been reproached in the Times Literary Supplement for taking seven years to get out a book, you know. That kind of pressure is not good for you and isn’t good for your work. Stanley said: “As soon as you publish a book of poems in this country, you are in the poetry prison.” I think John felt himself to be in the poetry prison, and that may have been contributory to his death. 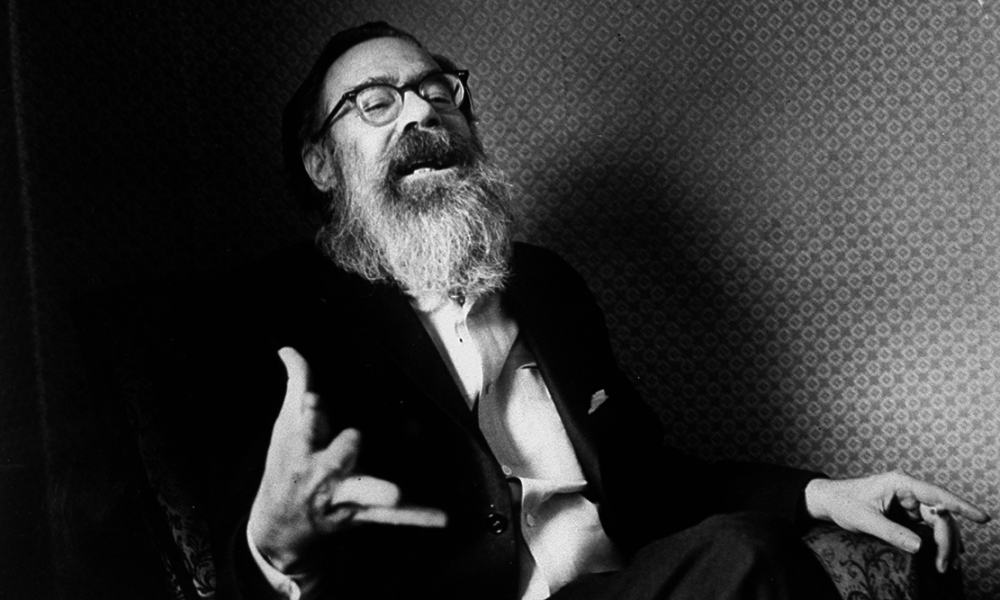 John Berryman: This business about geniuses in neglected garrets is for the birds. The idea that a man is somehow no good just because he becomes very popular, like Frost, is nonsense, also. There are exceptions – Chatterton, Hopkins, of course, Rimbaud, you can think of various cases – but on the whole, men of genius were judged by their contemporaries very much as posterity judges them. So if I were talking to a young writer, I would recommend the cultivation of extreme indifference to both praise and blame because praise will lead you to vanity, and blame will lead you to self-pity, and both are bad for writers…. But what I was going on to say is that I do strongly feel that among the greatest pieces of luck for high achievement is ordeal. Certain great artists can make out without it, Titian and others, but mostly you need ordeal. My idea is this: The artist is extremely lucky who is presented with the worst possible ordeal which will not actually kill him. At that point, he’s in business. Beethoven’s deafness, Goya’s deafness, Milton’s blindness, that kind of thing. And I think that what happens in my poetic work in the future will probably largely depend not on my sitting calmly on my ass as I think, “Hmm, hmm, a long poem again? Hmm,” but on being knocked in the face, and thrown flat, and given cancer, and all kinds of other things short of senile dementia. At that point, I’m out, but short of that, I don’t know. I hope to be nearly crucified…. I’m scared, but I’m willing. I’m sure this is a preposterous attitude, but I’m not ashamed of it.