Everything I do apart from music is badly done and stupid.

The true artist has no pride. He … has a vague awareness of how far he is from reaching his goal; and while others may perhaps admire him, he laments the fact that he has not yet reached the point whiter his better genius only lights the way for him like a distance sun.

From my earliest childhood, my zeal to serve our poor suffering humanity in any way whatsoever by means of my art has made no compromise with any lower motive… the only reward I have asked for was the feeling of inward happiness which always attends such actions.

One of my teachers at Columbia, the classicist Moses Hadas, aware that it would get back to me, said that I oscillated when I was seventeen between being seven and seventy. And he didn’t say that in disapproval at all. Or, here’s another instance: another of my teachers, Mark Van Doren, simply reading a poem of mine, would pick out one word that I had thought was a passing move, and he’d say that was the poem’s marvel – and not tell me why. I’d have to go home and think about it. In trying to do the hard thing, something else just came along. Now why should somebody want to say that was the best thing, as if the hard thing I had set out to accomplish were nothing? Oh, that was a very valuable lesson. Later, I learned that was one of the standard stories about great teachers, and I hadn’t had to go to a Zen master to learn it. What you have to learn is what indeed you can do well. 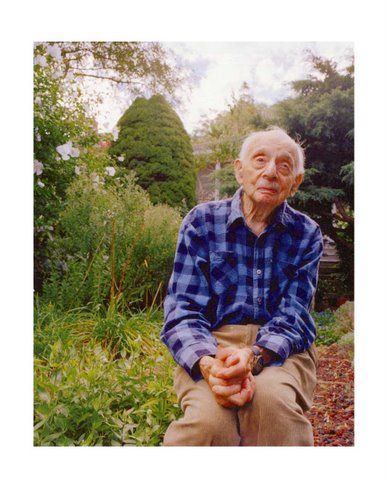 A poem has secrets that the poet knows nothing of. It takes on a life and a will of its own. It might have proceeded differently – towards catastrophe, resignation, terror, despair – and I still would have to claim it. Valéry said that poetry is a language within a language. It is also a language beyond language, a meta-medium – that is, metabolic, metaphoric, metamorphic. A poet’s collected work is his book of changes. The great meditations on death have a curious exaltation. I suppose it comes from the realization, even on the threshold, that one isn’t done with one’s changes…. Eternity. A losing battle, for in that abyss all egos, cities, nations, histories are buried. Even Shakespeare will be forgotten. The best a poet can hope for is to be remembered for awhile, to pass from one generation into another, to have some young person in another age open to a page and say, “How beautiful!” or “How true! He must have been like me.”

Literature and poetry today are under enormous pressure from the scientific mode of thinking, an empirical way of thinking. Wallace Stevens has a penetrating, dissecting mind, which I think applied to poetry is wrong. If we take Stevens’s poem “Study of Two Pears,” it seems an attempt to describe the pears as if to a Martian, to a creature from another planet. That’s dissection. I feel that things of this world should be contemplated rather than dissected—the kind of detached attitude towards objects one finds in Dutch still lifes. Schopenhauer considered these to be the highest form of art. That contemplation is also in Japanese haiku poems. As Basho said, to write about the pine, you must learn from the pine. This is a completely different attitude from dissecting the world. Schopenhauer, I feel, is really the artist’s, the poet’s, philosopher. Because he stressed the need for distance. In the workings of the universe, we are in that infernal circle of passions – striving and struggling. Schopenhauer was influenced by the religious writings of India; for him liberation meant to stand outside of the wheel of eternal birth and death. Art should also stand outside that turning wheel, so that we can approach an object without passion, without desire, and with a certain detachment. Life’s passion can be eliminated through detached contemplation, which is a good definition of art: “detached contemplation.” That is why Schopenhauer’s epitome of art was the still life, the Dutch still life….