Quotes from all over on art & creativity:

[Leonardo] was always less concerned with the finishing of a picture than with its conception. His ideal would consist of imagining the picture and getting someone else to paint it: invention was what mattered most to him. Painting was above all “a thing of the mind.” As he clearly put it, “To reflect is noble, to realize is servile.”

Modesty is in order, God knows – facing the universe of sound…. The variable foot – the division of the line according to a new method that would be satisfactory to an American. It’s all right if you are not intent on being national. But an American is forced to try to give the intonation. Either it is important or it is not important. It must have occurred to an American that the question of the line was important. The American idiom has much to offer us that the English language has never heard of….

…This is awful, you know, and I think no matter how modest you think you feel or how minor you think you are, there must be an awful core of ego somewhere for you to set yourself up to write poetry. I’ve never felt it, but it must be there.
… I never wanted to teach in my life. I finally did because I wanted to leave Brazil and I needed the money. Since 1970 I’ve just been swamped with people sending me poems. They start to when they know you’re in the country. I used to get them in Brazil, but not so much. They got lost in the mail quite often. I don’t believe in teaching poetry at all, but that’s what they want one to do. You see so many poems a week, you just lose all sense of perspective. 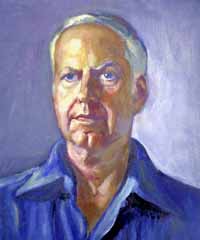 When asked why he’d written to few poems: Why so many? Ask any reviewer. I remember a particularly wicked review of Edna St. Vincent Millay, whose new poems weren’t as good as they should have been, “This Millay seems to have gone out of her way to write another book of poems.” You’re always afraid of that. That could be said, I believe, of certain people’s poems. So I wait until the poems seem to be addressed not to “Occupant” but to “William Meredith.” And it doesn’t happen a lot. I think if I had a great deal more time it would happen more because I would get immediately to the typewriter. But it might happen eight times a year instead of six – not much more than that. I’ll say this because it may be interesting or important: I think it’s because poetry and experience should have an exact ratio. Astonishing experience doesn’t happen very often. Daily experience is astonishing on a level at which you can write a poem, but astonishing experience would be the experience that is not astonishment of reality but astonishment of insight.

When asked if he teased or played games with readers: I guess it depends on what you mean by “tease.” It’s all right if done affectionately, though how can this be done with someone you don’t know? I would like to please the reader, and I think that surprise has to be an element of this, and that may necessitate a certain amount of teasing. To shock the reader is something else again. That has to be handled with great care if you’re not going to alienate and hurt him, and I’m firmly against that, just as I disapprove of people who dress with that in mind – dye their hair blue and stick safety pins through their noses and so on. The message here seems to be merely aggression – “hey, you can’t be part of my strangeness” sort of thing. At the same time, I try to dress in a way that is just slightly off, so the spectator, if he notices, will feel slightly bemused but not excluded, remembering his own imperfect mode of dress.